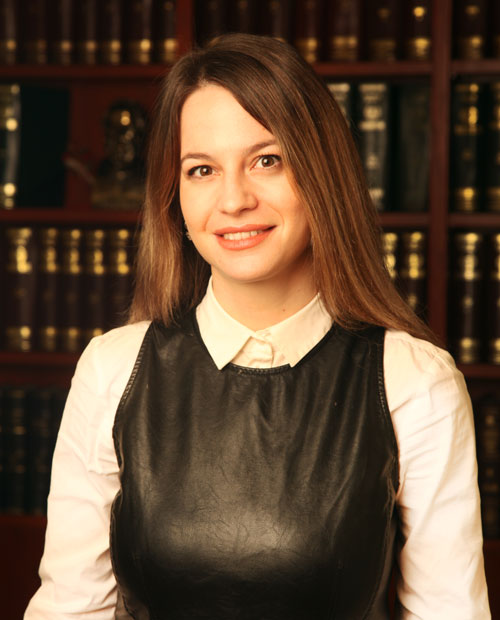 Panagioula (Giouli) Anagnou is an Attorney at Law at the level of the Court of Appeals and is a member of the Athens BAR Association since 2013.

She graduated from the Law Faculty of the School of Law, Economics and Political Sciences of the National and Kapodistrian University of Athens in 2011.

She continued her studies in the University of Munich (Ludwig-Maximilians Universität München), from which she received in 2014 a postgraduate title of studies (LL.M.) in European and International Economics Law, with specialisation in the Trademarks Legislation.

Amongst others, she has handled cases of Public Law and Local Governments legislation as internal collaborator of the Legal Department of the Region of Central Greece from 2014 since 2017.

She speaks English and German.